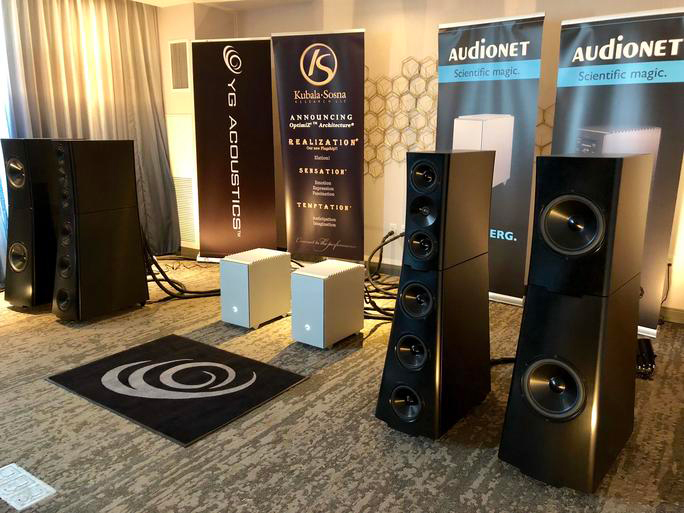 This year’s Axpona 2018 Show, held just outside of America’s Second City, Chicago, saw a strong presence from YG Acoustics. YG was featured in six rooms partnered with both domestic and international colleagues.

From a "cost no object" super system featuring Sonja XV jr. paired with Audionet’s flagship Stern preamp and Heisenberg monoblocks, Kronos Pro LE/Black Bauty/Airtight Opus One analog rig all tied together with Kubala Sosna’s flagship Realization cables to Sonja 2.2’s driven by Auralic’s very affordable but overachieving electronics, and four other systems, showgoers were treated to a wide variety of YG speakers in systems that were among the standouts of the show.

Axpona‘ s new Renaissance Hotel (Schaumburg) is a great venue for exhibitors and attendees alike. We’re looking forward to going back next year. (12-14 April). Make sure to mark the date.

Pictured are some of the systems. (Hailey 1.2 appeared with Innuos [incredible Statement streamer/server/ripper - we’ll have one soon in the factory]. 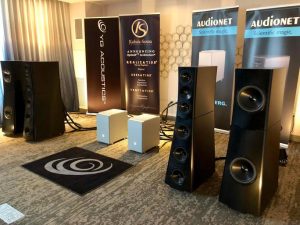 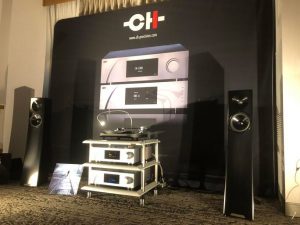 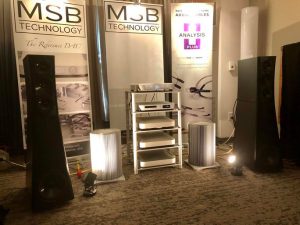 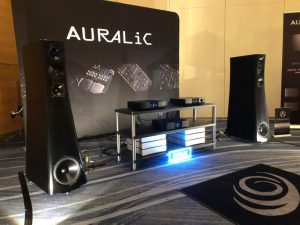